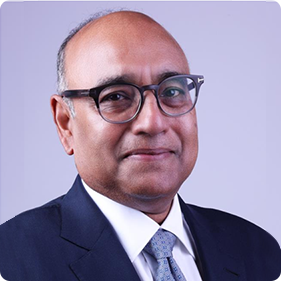 Sunil Panray (64) was appointed as a Non-Executive Director on the Board of ITC effective August 11, 2021, as a representative of Tobacco Manufacturers (India) Limited, a subsidiary of British American Tobacco p.l.c. ('BAT').

Panray holds Degrees of Bachelor in Commerce and Masters in Business Administration from Concordia University in Montreal, Canada. He is a retired senior executive. Panray started his professional journey as a Senior Auditor and Financial Consultant with Raymond Chabot Grant Thornton, Canada, and has held senior leadership positions at Imasco Limited, Imperial Tobacco, Canada, and BAT. He has also served as the Vice-President Finance and Treasurer of Canadian National Railway Company, the largest transcontinental public railway transportation company in Canada, from 2012 to 2016. During his professional career, he has played key leadership roles in complex business and regulatory environments.

Panray does not hold directorship of any other company.