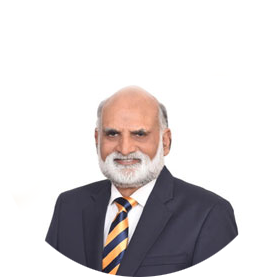 Anil Rajput has been heading ITC Corporate Affairs as Senior Vice President since 2007. He joined this function in 2003 after holding many different positions in the organization ever since he joined the Company in 1976. He holds an MBA degree from FMS, Delhi.

He was part of the Hotels Division during its initial years. In 1983, he was seconded to International Travel House Limited, an associate company, as part of the start-up team. In 1989, he moved back to the Hotels Division where he was engaged in finance, projects and development. He was associated with various prestigious ITC hotel projects, some of which include, Rajputana, Kakatiya, Maratha, Grand Central, and Sonar.

As part of his current role in public advocacy for the Company, he represents ITC in all major Chambers of the country like CII, FICCI, ASSOCHAM, PHD, and International Chamber of Commerce. He is on the Managing Committee of FICCI, ASSOCHAM, as well as PHD, and also chairs Sectoral Committees in FICCI and ASSOCHAM. He holds the Membership of Academic / Professional organisations such as FMS and Skal International. He is a Non-Official Member of the Managing Body of the Indian Red Cross Society (Delhi Branch) and the Executive Council of St. John's Ambulance (India) Delhi Centre. He is also a Non-Executive Director of International Travel House Limited.