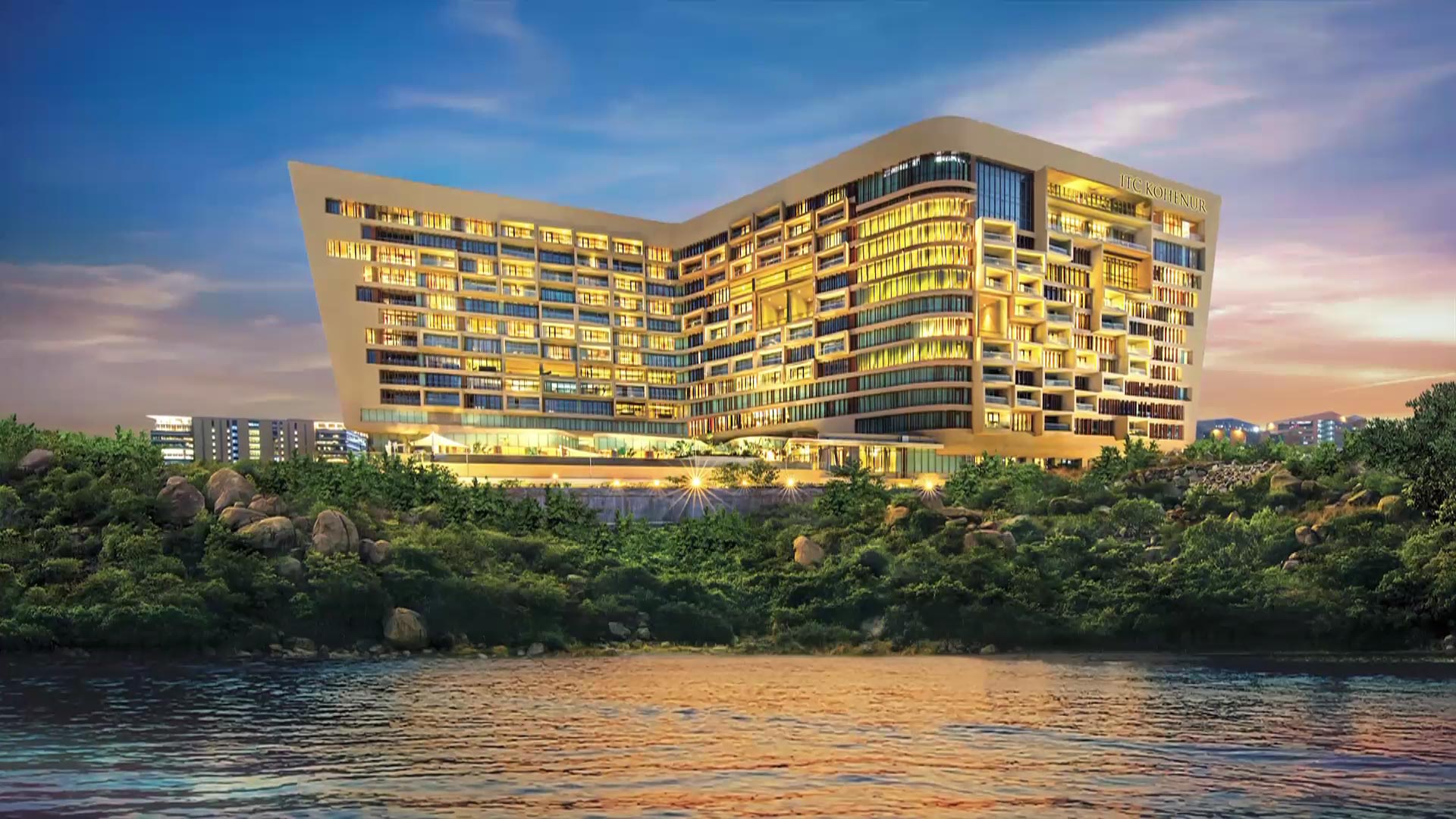 Launched in 1975, ITC Hotels, India's premier chain of luxury hotels, has become synonymous with Indian hospitality. ITC Hotels pioneered the concept of 'Responsible Luxury' in the hospitality industry, drawing on the strengths of ITC groups' exemplary sustainability practices. Responsible Luxury personifies an ethos that integrates world-class green practices with contemporary design elements to deliver the best of luxury in the greenest possible manner.

The Responsible Luxury commitment of ITC Hotels blends elements of nature to deliver a unique value proposition to guests, conscious of their responsibility to be planet positive. Today, these unique interventions have made ITC Hotels a trailblazer in green hoteliering with all its premium luxury hotels LEED (Leadership in Energy and Environmental Design) Platinum certified.

ITC PRESENTS THE GREENEST LUXURY HOTEL CHAIN IN THE WORLD


Where every hotel is LEED® Platinum certified

With more than 100 hotels in over 70 destinations, ITC Hotels has set new standards of excellence in the hotel industry in Accommodation, Cuisine, Environment and Guest Safety.

ITC Hotels has an exclusive tie-up with Marriott's 'The Luxury Collection'. ITC Hotels are luxury hotels located at strategic business and leisure locations. The hotels which are part of this collection are: ITC Grand Bharat in Gurugram. ITC Grand Chola in Chennai, ITC Maurya in Delhi, ITC Maratha in Mumbai, ITC Sonar and ITC Royal Bengal in Kolkata, ITC Grand Central in Mumbai, ITC Windsor & ITC Gardenia in Bengaluru, ITC Kakatiya and ITC Kohenur in Hyderabad and ITC Mughal in Agra, ITC Rajputana in Jaipur and ITC Grand Goa Resort and Spa in Goa.

WelcomHeritage brings together a chain of palaces, forts, havelis and resorts that offer a unique experience. WelcomHeritage endeavours to preserve ancient royal homes and the historical Indian grandeur and opulence for the future Indian generations. WelcomHeritage provides a fine range of hotel services inside these architectural legacies present across India.

ITC Hotels has set standards for excellence in the hotel industry by pioneering the concept of branded accommodation. The chain has developed four brands of accommodation 'ITC One', 'Towers', ‘Eva’ and the 'Executive Club' to differentiate between the needs of various travellers and provide the highest levels of service.

ITC Hotels is one of the first to introduce branded cuisine WelcomCuisine - in India. The Bukhara and Peshawri restaurants give epicures the rugged, outdoor cuisine of the Northwest Frontier Province. Dakshin has brought together the highly evolved cuisines of the four southern states- Andhra Pradesh, Karnataka, Tamil Nadu and Kerala. Dum Pukht is a unique restaurant dedicated to a 200-year old culinary tradition of slow cooking food, in sealed deghs. The fragrance of the meal becomes an invitation befitting royalty. Today the connoisseur can savour these delicacies across the country. The sumptuous fare at Kebabs & Kurries comprises a mouth-watering array of kebabs and a wide range of dishes from all over India. These dishes can be categorised as Qormas, Qaliyas or Salans.

ITC Green Centre in Gurgaon, the headquarters of ITC's Hotels Business is the physical expression of this commitment to sustainability - Ecological, Social and Economic. This building is one of the world's largest green buildings with space of over 170,000 square feet. The ITC Green Centre which was earlier declared the largest LEED Platinum rated office space in the world in 2004, was re-certified in 2012 as the world’s highest rated green building with Platinum certification by the US Green Building Council.

'A monument to the future' :Hillary Clinton on ITC Green Centre

ITC Hotels has established that if provided with an opportunity to work and become self-sufficient, people who are differently-abled can significantly contribute to the workplace, families and the community. ITC Hotels has taken a positive step in this direction by employing people who are differently-abled across its hotels. ITC Hotels believes that everyone should be treated with sensitivity and empathy. The models it has created have been effective and have succeeded in sensitising other employees to the needs of those differently-abled. Keeping in mind their specific skills, many differently abled have been employed in diverse functions like housekeeping, teleworking, bakery and as musicians. Special badges for the visually impaired, whistles for hearing impaired employees to communicate in an emergency and sign language classes for the staff to communicate with them are just a few examples of how ITC Hotels has created an atmosphere of sensitivity and caring.

ITC Hotels has also published a booklet aimed at sharing experiences with the rest of the corporate world and laying down a step-by-step guide to demystify the perceived complexities around employing persons with disabilities.

ITC Hotels' strategy of benchmarking against international standards has won its hotels many laurels.