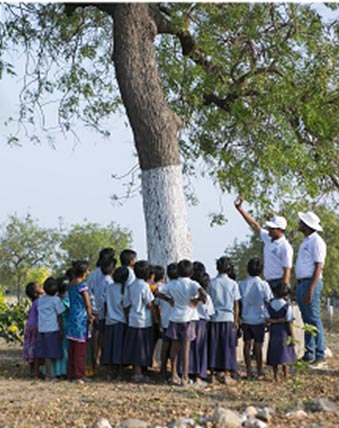 We are using our natural resources faster than our planet can replenish them. At the current rate of deforestation, 5-10% of tropical forest species will become extinct every decade.

Plants are the foundation of the whole food chain and oxygen in the atmosphere. The loss of a native species can quickly change the ecological balance that may affect an entire ecosystem.

So far, ITC has built 20 Biodiversity parks in Andhra Pradesh and Karnataka covering over 50 acres involving farmers and the local communities where more than 20,000 native plant species have been protected. Many species of birds have started nesting in the parks, which has also become a breeding grounds for reptiles, amphibians and butterflies. The parks have also helped in improving ground water level and soil fertility, thereby enhancing livelihood generation opportunities for local communities.