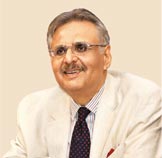 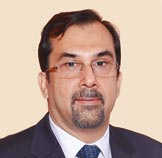 I have immense pleasure in presenting ITC's Sustainability Report 2017. This is the 14th consecutive year of its publication.

A journey that has witnessed significant milestones in the Company's aspiration to be a global exemplar in Sustainability. An aspiration that continues to inspire Team ITC to seek innovative solutions to contribute to a more secure, sustainable and inclusive future.

As in earlier years, this Report has been prepared in accordance with the stringent 'G4' guidelines of the Global Reporting Initiative (GRI) at the highest 'In Accordance - Comprehensive' level, and has been independently assured by M/s Ernst & Young Pvt. Ltd.

I am also happy to once again reaffirm ITC's support to the principles underlying the United Nation's Global Compact. It is a matter of great satisfaction that ITC's sustainability strategy together with its focused social investments have achieved outcomes that contribute meaningfully to the Nationally Determined Contribution (NDC) commitments made by India to the United Nations Framework Convention on Climate Change. ITC's multi-dimensional social initiatives also contribute to the objectives set in the UN Sustainable Development Goals (SDGs).