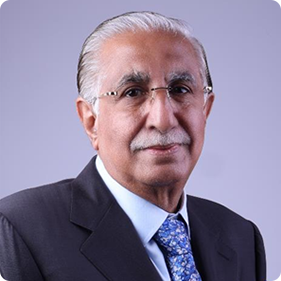 Nakul Anand (66) was appointed as a Wholetime Director on the Board of ITC effective January 3, 2011. He oversees the Hospitality and Travel & Tourism Businesses of ITC.

An Economics Honours Graduate from Delhi University with an AMP Degree from the Bond University, Australia, Anand joined erstwhile ITC Hotels Limited as a Management Trainee in 1978. He has also served as the Managing Director of that company from 2003 to 2005.

In a career that spans more than four decades, Anand has been acknowledged for his vision, commitment and for his role as a thought leader to the tourism and hospitality industry. Building on ITC's ethos as an exemplar in sustainability, he has passionately advocated the imperative for a sustainable business model of hoteliering. Leveraging the significant learnings of sustainable excellence within ITC, he has led the team at ITC Hotels to pioneer the concept of 'Responsible Luxury' in the hospitality industry. This commitment has won global recognition for ITC Hotels as the largest chain of hotels in the world having the maximum number of LEED® Platinum certified properties as per the stringent norms of the U.S. Green Building Council.

Anand was recognised as the 'Corporate Hotelier of the World 2019' by Hotels Magazine USA. He was also conferred with the Lifetime Achievement Award at the Hotel Investment Conference - South Asia (HICSA) 2022 for his long, illustrious and invaluable contribution to the hospitality sector.

He is on the Boards of International Travel House Limited, Gujarat Hotels Limited and Landbase India Limited, amongst others.