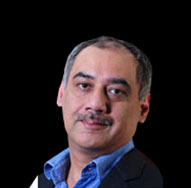 Sandeep Kaul took over as Divisional Chief Executive, India Tobacco Division on April 1, 2016. Prior to this he was the Chief Executive of the Personal Care Products SBU. A Mechanical Engineer from BIT, Ranchi and MBA from IIM Ahmedabad, Kaul joined ITC in the Marketing function of the Tobacco Division in 1990. Between 1990 and 1999, Kaul handled a variety of assignments in both Sales as well as Brand Management. He has been Branch Manager at ITC's Delhi and Bengaluru branches. Between 1999 and 2001, he headed the Market Research group.

Kaul became associated with ITC's new FMCG initiatives in 2001. He thereafter focused on the development of the Personal Care business and took over as its Chief Executive in 2007. 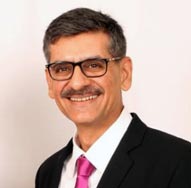 Hemant Malik is the Divisional Chief Executive of Foods Business since October 2016. Prior to this, he was heading Trade Marketing & Distribution for ITC FMCG.

Hemant joined ITC in 1989 after completing his MBA from IIM, Kolkata. He has worked across multiple businesses including Tobacco, Lifestyle Retailing and Packaged Foods. In 1995, he was designated Manager - Wills World Cup, one of the largest sponsorship events in India. He took charge of Lifestyle Retail Operations in 2000 and was responsible for setting up the first 25 Wills Lifestyle stores. Moving on to head the all India Tobacco Sales function, he contributed meaningfully to the development of the FMCG Sales Network. He assumed charge as Head of Marketing of the Foods Business in 2002.

Hemant is the Chairman of the FICCI Food Processing Committee and is also a Member of the CII FMCG Committee. 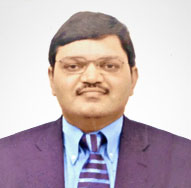 Sanjay Singal joined ITC as Chief Operating Officer for the Dairy & Beverages cluster of ITC's Foods business on July 1, 2016. Prior to that, he was Head of Marketing for the Foods business of Dabur India Limited. In a career spanning over two decades, he has handled senior responsibilities across brand management for Personal Care and Foods businesses and also in Sales and Pricing.

He joined Hindustan Unilever Limited in 1995, after completing his MBA from IIM, Bangalore. He handled various responsibilities across Sales & Marketing for Unilever over 11 years in India and overseas. He was Senior Marketing Manager at Yum! Restaurant International, where he handled the 'Pizza Hut' brand for South Asia from 2005 to 2007. 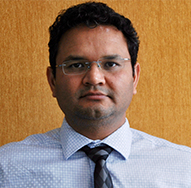 Anuj Rustagi joined ITC as Chief Operating Officer for the Chocolates, Coffee, Confectionary cluster of the Foods Business on October 1, 2017. Currently, he also heads the New Category Development Segment of the Business. Prior to joining ITC, he was a global brand director at Unilever Plc, London.

After Graduating from IIT Kanpur, Anuj joined HUL in 1996 and completed his Master's in Business Administration from ISB, Hyderabad in 2002. In his two-decade stint at Unilever, Anuj has held various regional and global leadership positions in marketing & sales in the Foods and Personal Care businesses of the company. 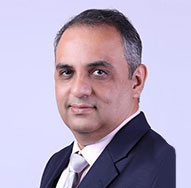 Sameer is the Divisional Chief Executive of the Personal Care Products Division at ITC.

With 25 years of experience across FMCG and Paint industries across key categories such as haircare, skincare, personal wash, fragrances, disinfectants, foods, paints and home care, he spent time with Berger Paints and Marico before joining ITC in 2015.

He holds an MBA in Marketing from Xavier Institute of Management, Bhubaneswar and a Bachelor of Commerce from Hansraj College, University of Delhi.

He has also studied Consumer Marketing Strategy at Harvard Business School and attended the Global Program for Management Development by the Ross School, University of Michigan. 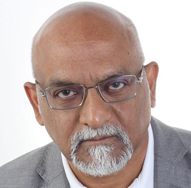 Prior to joining ITC, he was the CEO of Cello Writing Group of Companies. His earlier assignments in consumer facing businesses were as President (Kitchen & Bath), Kohler India, Director (Confectionery) for Warner Lambert India and included a sales assignment at Colgate Palmolive. Gupta's experience in the retail domain includes managing Lacoste's India business and a stint as CEO OF Arcus (Home Improvement Retail).

Prior to joining ITC, he was the CEO of Cello Writing Group of Companies. His earlier assignments in consumer facing businesses were as President (Kitchen & Bath), Kohler India, Director (Confectionery) for Warner Lambert India and included a sales assignment at Colgate Palmolive. Gupta's experience in the retail domain includes managing Lacoste's India business and a stint as CEO OF Arcus (Home Improvement Retail). 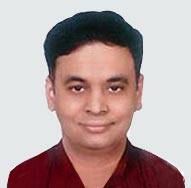 Ravi Rayavaram took over as Chief Executive of the Matches & Agarbatti SBU on October 4, 2018. Prior to this, he was the Chief Operating Officer of the business since July 2018.

Having started his career with Grindwell Norton LTD in 1995, Rayavaram later worked with 3M India in the "Industrial Markets Group" from 1997 to 2002. Rayavaram joined ITC in 2003 as Brand Manager. Over the last 15 years, Rayavaram has worked across multiple businesses in ITC like Cigarettes, Lifestyle Retailing and Personal Care apart from Trade Marketing and Distribution. He is a Mechanical Engineer and did his Post Graduate in Management from the Indian School of Business, Hyderabad. 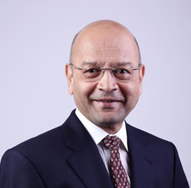 Sandeep Sule is Chief Executive, Trade Marketing & Distribution (TM&D) of ITC FMCG. He assumed this role in October 2017. Before his elevation as Chief Executive, he was Chief Operating Officer of the function since October 2016. In a career spanning over 25 years with ITC, he has handled various responsibilities in both sales and marketing functions, including that of District Manager, North & West. Sule has been the Executive Vice President - Sales Operations and Development, TM&D. 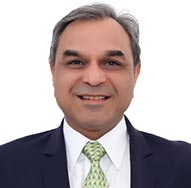 Anil Chadha was appointed the Chief Operating Officer of ITC's Hotels business on December 14, 2019. Prior to that, he had been Vice President, Operations since April, 2019. An alumni of the Welcomgroup Graduate School of Hotel Administration (WGSHA), Chadha joined ITC in 1992.

Apart from a brief hiatus of one and a half years, Chadha has spent his entire career with ITC Hotels, heading key properties in New Delhi, Agra, Kolkata, Bengaluru and Chennai.

He has been named General Manager of the Year by Business World Hotelier and Hotelier of the year by Food Food Awards 2018. 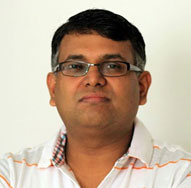 Vadiraj Kulkarni took over as the Divisional Chief Executive of Paperboards and Specialty Papers Business with effect from 25th September, 2020. Prior to this, he was Chief Operating Officer of the business since November 2016.

A Chemical Engineer from Regional College of Engineering, Warangal (now known as NIT), he joined the erstwhile ITC Agrotech Ltd in 1996. He moved to India Tobacco Division in 2001 and handled assignments in engineering and operations. Later he took over as Branch Manager of the Munger factory and then the Bengaluru factory. He became General Manager, Operations, Tobacco Division in 2013 and was responsible for manufacturing, skill development and technical talent management. In November 2015, he moved to Paperboards and Specialty Paper Business as Executive Vice President responsible for Manufacturing, Projects and Business Excellence.

R Senguttuvan is the Chief Executive of the Packaging & Printing Business.

He is also the Chairman of CII Committee on Infrastructure as well as a member of the CII Tamil Nadu State council, besides being an industry representative of the National Advisory Committee of National Centre for Large Area Flexible Electronics (NCFlexE) at Indian Institute of Technology, Kanpur. 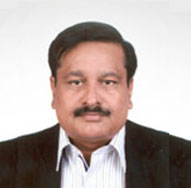 Rajnikant Rai is the Divisional Chief Executive of ITC Agri Business since June 2020. Prior to this, he was the Chief Operating Officer of the business from March 2020. In his long stint in the Company, Rai has held various leadership roles in agribusiness including that of Executive Vice President, Operations. He was the national head of the path breaking e-Choupal project. Rai is a graduate in Economics and holds a PG Diploma in International Business Management. He worked in a Government organization in Madhya Pradesh and then with Britannia before joining ITC in 1990. He is Executive Committee Member on several industry bodies and commodity exchanges.