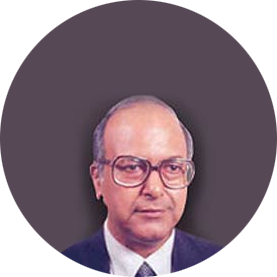 Sunil Behari Mathur (76), has been on the ITC Board since July 29, 2005, first as a representative of LIC and then in his individual capacity as a Non-Executive Independent Director.

A qualified Chartered Accountant, Mathur retired from LIC in October 2004 as its Chairman. Subsequently, the Government of India appointed him as the Administrator of the Specified Undertaking of the Unit Trust of India in December 2004, up to December 2007.

Mathur took over as Chairman of LIC at a time when the insurance sector had just opened up. Under his leadership, LIC successfully rose to the challenges of a competitive environment by enhancing product offerings. He joined LIC in 1967 as a Direct Recruit Officer and rose to the rank of Chairman. He held various positions in LIC including Senior Divisional Manager of Gwalior Division, Chief of Corporate Planning, General Manager of LIC (International) E.C., Zonal Manager in-charge of Western Zone and Executive Director.

Mathur is a Director on the Boards of UltraTech Cement Limited, Thomas Cook (India) Limited and DCM Shriram Industries Limited, amongst others.