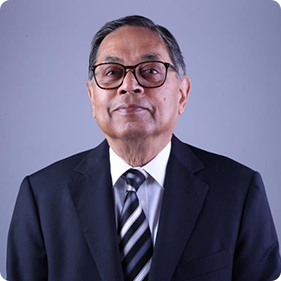 Banerjee, a Masters in History from St. Stephen's College, Delhi, Post Graduate Diploma holder in Public Administration from the Indian Institute of Public Administration, New Delhi, and an M. Phil in Social Sciences from the University of Panjab, joined the Indian Administrative Service in 1971. In a career spanning over 37 years, he has held several eminent positions in the Government of India including that of Joint Secretary in the Ministry of Petroleum and Natural Gas and the then Ministry of Urban Development. Banerjee was Director General (Acquisition) in the Ministry of Defence and retired as Secretary, Ministry of Tourism in October 2008. He has been a Visiting Fellow at the Queen Elizabeth House, University of Oxford, UK. Banerjee also served on the Board of the Company from February 2010 to March 2014.

Banerjee does not hold directorship of any other company.