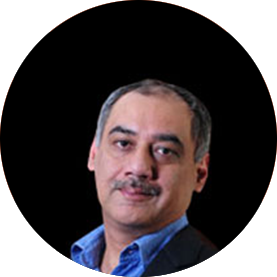 Sandeep Kaul oversees ITD, the Matches and Agarbatti Business, and ITC's Start-up Cell, effective May 1, 2022. A Mechanical Engineer from BIT, Ranchi and MBA from IIM Ahmedabad, he joined ITC in the Marketing function of the Tobacco Division in 1990. Between 1990 and 1999, Kaul handled a variety of assignments in both Sales as well as Brand Management. He has been Branch Manager at ITC's Delhi and Bengaluru branches. Between 1999 and 2001, he headed the Market Research group.

Kaul became associated with ITC's new FMCG initiatives in 2001, focusing on the development of the Personal Care Business from inception overseeing the creation of the Brand portfolio of Fiama, Vivel, Engage, acquisition of Savlon and setting up greenfield manufacturing sites at Haridwar and Manpura. He took over as its Chief Executive in 2007. Thereafter, he took over as the Divisional Chief Executive of India Tobacco Division in 2016.

Sandeep has been invited to serve on the Jury at the International Festival of Creativity at Cannes in 2013 and has also served on the Executive Council of The Indian Society of Advertisers. He is a director on the Board of the Tobacco Institute of India.